Why Can't I Use Two Spaces After a Period on my Website? 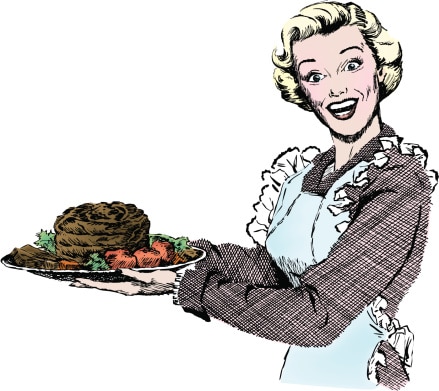 A young woman, about to get married, asked her mom to teach her how to make her famous pot roast. When the first step turned out to be "cut the end off the pot roast," the daughter asked why that was necessary. Pausing, the mother said, "I don't know. That's just the way my mom always did it."

They called Grandma, who, like Mom, explained that that was how she had seen her mother prepare pot roast. They all drove over to the retirement village to see Great-Grandma and solve the mystery of why it was important to cut the end off of the pot roast before cooking it. Great-Grandma looked surprised at the question, and answered, "I always cut the end off the pot roast because I didn't have a very big pot, and otherwise, it wouldn't have fit."

It's a funny story, but the fact is, we all do things without questioning them because that's the way we were taught. Sometimes, we cling to these habits even though we don't know how they started. Case in point: the practice of putting two spaces after a period or other punctuation. (Thanks to Columbus, Ohio attorney George Wolfe for raising this common issue.)

Why It's Unnecessary to Double-Space After a Period

Back in Mr. Witkowski's typing class in high school, my peers and I were taught the immutable rule of putting two spaces after a period. At the time, the rule made sense. But like Mr. Witkowski's high-waisted, double-knit polyester trousers, it has fallen out of fashion, never to return.

Here's why: hundreds of years ago, when printing type was set by hand, it was common practice to use an additional space after periods at the end of a sentence. This practice continued well into the 20th century in America.

Furthermore, back when many of us were taught to type, we learned on typewriters that dated from the middle of the 20th century. The machines of that time period used monospaced type, in which every character occupied the same amount of space. When using monospaced type, sentences would run together, visually speaking, unless there were two spaces after a period. That double space made the text easier to read by creating a visual "rest" between sentences.

Here's that paragraph set in a monospaced font with only one space between sentences:

Furthermore, back when many of us were taught to type, we learned on typewriters that dated from the middle of the 20th century. The machines of that time period used monospaced type, in which every character occupied the same amount of space. When using monospaced type, sentences would run together, visually speaking, unless there were two spaces after a period. That double space made the text easier to read by creating a visual "rest" between sentences.

Obviously, if you have a website, you're not creating pages on a 1966 vintage typewriter, but on a computer. The vast majority of fonts these days are designed to utilize proportional spacing, which varies spacing between letters, words, and—importantly—punctuation. This renders the practice of putting an extra space after a period superfluous. While that space once improved the readability of text, it's now unnecessary at best, and visually off-putting at worst.

Okay, so maybe it's not necessary. But isn't it an acceptable style choice, like choosing to use (or not use) an Oxford comma? You could argue that it is. But most authorities, and many readers, would counter that it's a style choice that says something unflattering about you. Like those high-waisted, double-knit polyester pants, double-spacing after a period or other punctuation is a choice that's long out-of-date.

Even if you insist on double-spacing after a period or other punctuation, you may find yourself thwarted. Browsers typically collapse the space after periods to display in a uniform way. WordPress also collapses extra spaces, and recommends the use of only one space after a period. So you may find that you have double- or even triple-spaced, all to no visual effect. 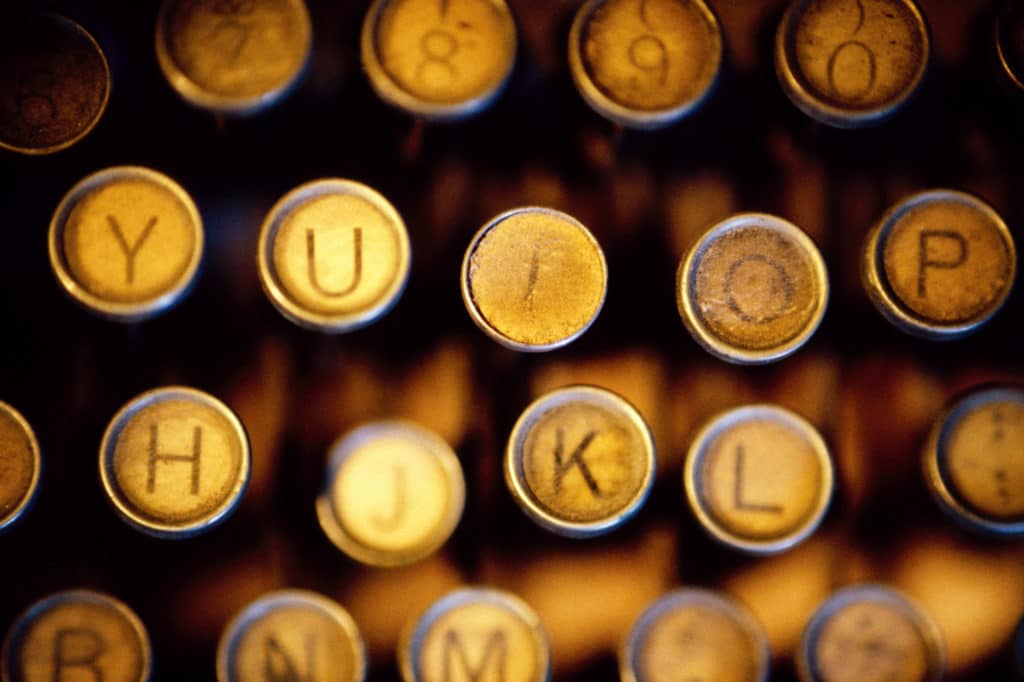 One More Typing "Rule" to Break in Writing for Websites

Another typing habit many of us are accustomed to is indenting paragraphs. Back in our typewriter days, spaces between lines were uniform. If you didn't indent a paragraph, the entire page would be one unbroken block of text. The indents were necessary visual cues, increasing the readability of the page.

Now: take a moment and look at any website or blog (including this one). Notice anything interesting? That's right: there's more space between paragraphs than between lines. (Well, at least it's interesting from the perspective of a copywriter.)

Indenting a paragraph is simply unnecessary if you're using a program that creates space between paragraphs. And it's visually distracting (again, like those high-waisted pants). You want attention to be on the substance of your words, not the way they're set forth on the page.

Have more questions about websites, blogging, and style? For new clients, tell us about yourself and your needs. For existing clients, email marketing@themodernfirm.com!

Submit Your Own Question

Have a question about the business end of practicing law? Submit it for publication.

Receive email alerts when we post a new question of the week to our blog.