Home » Our Team » The Real MVPs

Taking leadership lessons from Brendan, his owner and TMF president, to the extreme, Toby delegates almost every typical dog job such as office security, recycling, and squirrel patrol to the other office staff. In between his numerous daily luxurious naps, he lays with contemplative expressions, walks stubbornly while waiting for strangers to pay him affection, and practices being an ottoman. After charging up for the day he has a burst of energy for about 15 minutes before settling down for the night.

Rollo, Director of the Humans

Returned to Planned Pethood several times before finding his forever home, this unique character took on the role of Director of the Humans when it became clear that they were doing an abominable job of managing themselves. He has one human in particular, Kristin, wrapped around his little paw. He spends his day ensuring she leaves her desk as often as possible to get in the recommended daily 10,000 steps — by procuring him treats and walking him around the neighborhood.

Reuben, Director of the Squeaky Toys

A volunteer from Planned Pethood spotted this young pup being sold for a couple of bucks outside a market in Indiana. Given his clear aptitude for accounting and management, she quickly took him (and his tiny abacus) back to Ohio, where he had a short stay in a foster home before being adopted ... er, hired by The Modern Firm. These days, Reuben is a regular K9 to 5’er keeping the sales team happy, entertained, and efficient. He works hard but plays harder!

Of Japanese ancestry, Hiro and Piper live in Washington state and support TMF’s Seattle graphic design hub. Avid hikers, in their off-hours they enjoy the Pacific Northwest’s natural beauty, expressing a particular interest in its small, soft native inhabitants such as rabbits, squirrels, and socks. They also love to play fetch and, thanks to their international background, they are TMF’s primary GDPR compliance experts.

Piper started her career early on when she had to convince a team of firefighters to save her from a drainpipe at just four weeks old, but she didn't have to work too hard to get rescued and brought onto the TMF team. From then on, she knew she was destined to eat, nap, and use her cuteness to pay her way and help catvertise for the company.

The majority of Moose's day is spent as scheduling manager, where he keeps Michele on task. His tactics include laying his head on her keyboard if projects are taking too long - moving only after cuddles and loads of duck jerky. The rest of the day he does his best at keeping morale up...how can you take one look at that face and not be happy?! Off the clock, he enjoys losing tennis balls under the furniture, Frisbee catching, dock jumping, lake swimming, and boat captaining.

Juno joined The Modern Firm after escaping from a secret government detention center in Greensboro, North Carolina, where she was being held as a political prisoner (her cover story was that she was "abandoned" at an "animal shelter"). With a background in espionage, Juno heads up TMF's Squirrel and UPS Driver Surveillance Unit. When not apprehending suspects, Juno focuses on maintaining an appropriate creative environment for the company's writing staff: brief periods of peaceful silence punctuated with encouraging vocalizations in one of the many languages in which she is fluent, including Labrador, Terrier, and French. Inspired by her coworkers' writings, in her spare time Juno is working on her next project, a motivational volume with the working title: "WHO'S a Good Girl? YOU Are!"

Typically focused on catnapping, Arlo and Aurora have taken a break to work on their technical and packaging teamwork skills. Although they don’t have thumbs, they are able to get a lot accomplished. Keyboard troubles? Aurora will sprawl across your computer. No keyboard - no problem! Battery issues? That is because Arlo decided that your computer cord looks better in two pieces rather than one (he has the same theory about phone chargers as well). They also realize that the attention shifts towards them when technology is out of the way. However, despite disliking the strange people at the door, their favorite task is handling all of the incoming packages. They will even open them for you (and then inhabit the box too)!

This dynamic duo uses their humor to distract, have quick feet to get away, and practice their strong analytical skills to take down any enemy, like squirrels and rabbits. They hung up their collars on bounty hunting and joined the team as digital marketing assistants. They spend the day making sure Erin is staying on task, reminding her to stretch her legs, providing cuddles when needed, but most importantly leading the neighborhood bark brigade when necessary.

This dynamic duo helps to maintain sanity in the Henry household. When not chasing each other up and down the stairs, they can be found cuddled at their human’s feet or sunbathing on the balcony. These two are definitely your stereotypical dogs. Rufus loves nothing more than an extended game of fetch with his special ball and Leo longs to spend his time tracking scents in the forest all day. These fellas love what they do especially with their bonus structure built around belly rubs and treats.

Duncan’s favorite yoga pose is the downward-facing dog. He happily shows this yoga pose to everyone he meets. He has a charming demeanor and is always willing to lift spirits with a tag wag and a quick lick. With his soft brown eyes and attentive manner, he is the ultimate listener and secret keeper. He takes his job as Barketing and SEO manager seriously and shreds all important documents once he has read them.

A lateral hire from a facility (cat café) that was vastly underutilizing his skills, Viktor is responsible for making certain content writers are staying on task and taking sufficient breaks (to pet the cat). His robust leadership skills include demanding prompt completion of cat-feeding tasks, performing screen-time interventions, and facilitating wrist strengthening exercises by adding approximately 12 pounds of weight to typing that occurs during prime lap hours. Never one to be left out of important conversations, Viktor will be certain to contribute his voice to any call, even through closed office doors.

Zoe is here on a multi-week residency while her owner, our president's mom, is traveling. Zoe doesn't really know what she's doing yet as she's never had a routine other than to steadily beg for treats throughout the day. True to her heritage, she lets Toby know when there's a visitor so that he can do the initial security check while she waits to see if the coast is clear. So far she's felt most at home serving as background cuteness during Zoom calls. This is particularly helpful because it gives the clients something interesting to look at while Brendan is explaining exciting things like Google algorithm updates and search engine optimization.

Stuart’s primary responsibilities include assisting his human Jessica with client cat-munications, purrfecting her content, and maintaining the office schedule with regular catnaps and catfeine breaks. He is also adept at providing feline tech support by chewing through computer cords when he determines a new one is needed. No matter the task, Stuart carries out all of his job-related duties with a pawsitive cattitude.

Riley was a rescue dog who, after a momentary romance, fathered Corkie. These two have been inseparable ever since. As her mother is a Cavalier King Charles Spaniel, Corkie instinctively rids the office area of all manner of intruders, including squirrels, birds and the occasional groundhog. Although she won’t ever catch them, she is very diligent in her duties. She is a big fan of delivery people, and most humans, for that matter. Riley loves to play tug-of-war with his leash, although his senior status has slowed him some.

Though taking frequent naps on their mom’s lap and asking for pets occupies the majority of Ries’s and Mo’s time, they don’t let that get in the way of carrying out their duties. Ries is sure to make an appearance during (almost) every Zoom meeting. Even when she is not visible on camera, she is nearby supervising and taking diligent notes. Mo takes her job of ridding the Silver residence of all bugs and pests very seriously. She is alert and ready to pounce at the sight of any slight movement. Mo is always sure to spare Paige from having to kill any creepy crawlers that find their way into the workspace and Paige is VERY appreciative of her efforts!

Rescued as a puppy from the trash bin of a grocery store parking lot, Rose was very quick to show the value she can bring to the workplace. Aside from always providing love and cuddles to her favorite co-workers, she supervises every snack break and lunch hour. Being the over-achiever that she is, Rose always eagerly assists with clean-up by taking care of any spills or food scraps that may end up on the floor. During her off hours, Rose loves lounging on the couch, observing her neighborhood from her post at the front window, and ripping the squeakers from all her toys. 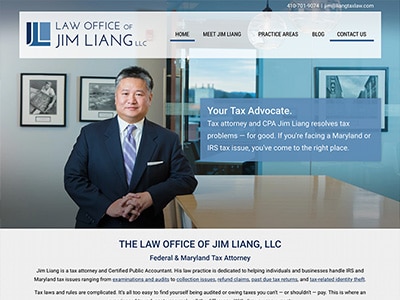 What Our Clients Say

Andrew Ford
Ford & Ford, P.A.
Florida Corporate and Real Estate Law Firm
www.fordpa.com
"Our firm had a great experience working with The Modern Firm. The whole team is knowledgeable and responsive. They walked us through every step of the development process, and we are quite happy with the design and content of our new site. Read More "
View All Client Reviews
© 2022 The Modern Firm - View Privacy Policy
Copyright © 2022 The Modern Firm